As you are the guest of Kyrgyzstan, it is required to know ideas of language means. While taking the rented car you are going to investigate and even start it in the very tour in the car, along the mountains. Language is seen as the main mean of communication and today it is known to be divided into two languages of the country, official one and of intercultural communication. The wandering travel means the communication with the local people and get some more means and ideas of their communication and what they saved from their past relatives.

While you take a ride on rented cars you are given the vocabularies of Kyrgyz and Russian, as well as given a special guide, able to speak English and tell all of the ideas of the locals and their past. So they can tell maximum details of all you are interested in. Language of the people of Kyrgyzstan can be seen from the point of view of their ancestors, their history.

For the organization of the tour in the country, there is going to be first the investigation of the local language from the point of view of the Turkic family. It is also known to start from the Orhon-Yenisey script, then there was the change to the Arabic alphabet as there was the connection to religion Islam. And after it the Latin alphabet started its existence. With the coming of the Soviet Union, the Cyrillic alphabet was taken and the Kyrgyz took it with the adding of some new sounds.

Be the guest of the mountain country and present the ideas of the locals aiming to become as closer as it is possible to show all of the best ideas of the past times of the country. The Kyrgyz language is known to be divided into northern and southern dialects. As for the other language of the country, Russian is used, and it seems to be the language of intercultural communication, among the local people and the people coming from the post-Soviet countries. Anyway, despite the language you speak the locals are extremely hospitable and happy to help while you travel here. 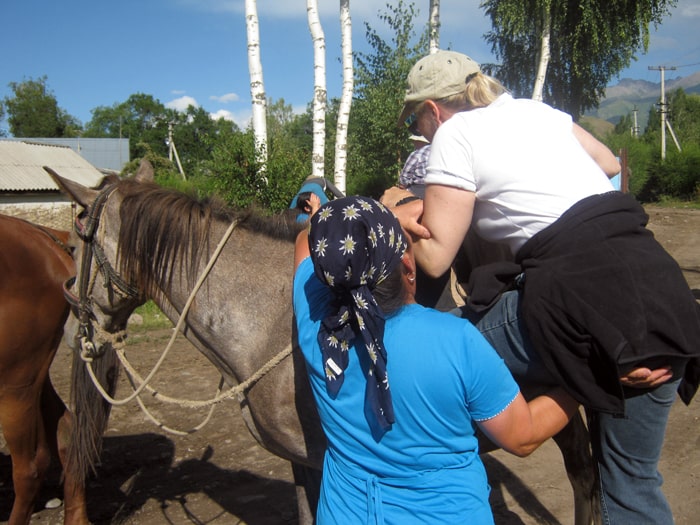