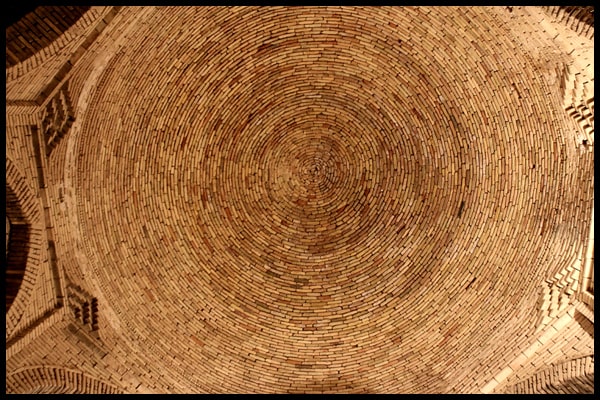 You can see the tempting places that can amaze you not only with a magnificent dressing room but also with ancient history. These once prosperous cities which ruin show the former greatness.

Day 1: Ashgabat
We are glad to meet you in Turkmenistan trip 7. Guide will meet and accompany you to the capital of Turkmenistan. In course of the travel you will have guided city tour to explore most prominent sight like parks and monuments, impressive mosque and other wonderful buildings. Then you will head on to the one of the most influential sights of ancient time the "Old Nisa". You will explore the Sanctuary of Parhian Kings that is also a part of UNESCO World Heritage Site. Then you will explore the "Gypjak" Mosque and Mausoleum of the late President of Turkmenistan.

Day 2: Ashgabat - Darwaza
In course of the tour you will have a drive to the Ertugrul Gazi Mosque. You will see this prominent sight in the center of the capital of Turkmenistan, in Azadi street in the 90-s of the XX century. After it you will explore the popular in tours in Turkmenistan that is known as the Russian Bazaar or Gulistan. It is interesting to know that this site one of the largest and oldest covered markets of Turkmenistan. After it in course of Turkmenistan trip 7 you will see the sight that is known due to its beautiful burning carter. Famous Darwaza is known to be one of the most popular sights in tours to Turkmenistan. In 1971 near the village Darwaza in Soviet Time drilling for a gas happened but during it they tapped into a cavern filled with natural gas. Due to this accident equipment and transport fell down in a big hole. Fearing that this will result in a poison gas leak, the team decided to burn it off. They thought it would burnt only 2-3 days but even now this flame is not goes out. Night is in tents.

Day 3: Darwaza - Kune Urgench - Shawat border
Today in course of the tour you will have a stop in the Dashoguz region of the northern part of the country. After it you will travel to the ancient Kone-Urgench that used to be the capital of the great Khorezm Empire. You will be impressed to know that Urgench ( formely Gurgandzh) was the capital of the prospering Khorezmshakh state in 10th century, Moreover their territories scratched to the Amu Darya delta in northern Turkmenistan and western Uzbekistan. Then you will continue your drive to Dashoguz city and further to Shavat border. The end of the tour thanks for visiting our magnificent country.