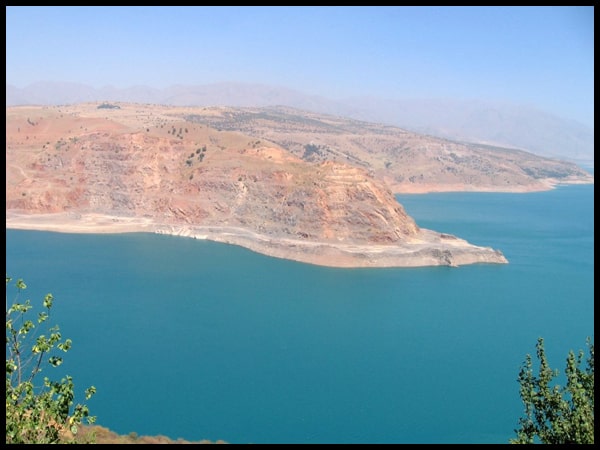 We are pleased to show all the attractiveness of the country, which will surround you with bright colors and the scorching sun already in the first minutes of your stay in this country. You can witness the buildings as if the come down from pages of fairy tales.

Day 1: Tashkent - Chimgan Mountains - Tashkent
Upon arrival to the airport you will start your Uzbekistan trip 5. Guide will meet and accompany you to the capital of Uzbekistan and further for the tour in Chimgan Mountains. You will have a chair lift to reach the top of Beldersay peak that will take 30 min one-way. Upon reaching you will see the breathtaking view of the nature. Later on you will have a stop at Charvak lakeside beach where you will have time to enjoy the water activities which depends on the season. After it you will return to the city for sightseeing tour.  In course of it you will visit the Independence square that is known to be Main Square of the country that is also considered to be the symbol of victory over fascism in World War II. Here you will see the several main administrative buildings. Don't miss the chance to stroll along the local Broadway that lays between Independence square and Amir Timur square. Here you will be able to witness the local artists and try European and Uzbek cuisine. Then we will visit Amir Timur square, one of the central squares of Tashkent, erected on behalf of national hero - Amir Timur. Night is in a hotel.

Day 2: Tashkent - Bukhara (morning flight)
In course of the tour you will have a flight to Bukhara. Upon arrival you will explore the most prominent sites of the city. The first attraction to see is the most ancient citadel of Bukhara that is known as the Citadel Ark of 4th century. It is interesting to learn that this site used to be a palace for several dynasties of Bukhara Empire. Then is the masterpiece of 9th -10th century the Samanids mausoleum. Next attractions to visit are Chashma Ayub, meaning Job's well and Bolo-Hauz mosque. This mosque is known due to its imposing forty columns built for Bukhara governor Abu-Fayud Khan. After it you will explore shopping domes as well as Nodir Divan Begi madrasah that is also is a part of Lyabi House Ensemble. You will be impressed by its beauty in Uzbekistan trip 2. Later on you will visit the famous Poi Kalon complex vmade of three structures built in the 12th - 16th centuries: Kalon minaret, Kalon mosque and Mir Arab Madrasah. Night is in a hotel.

Day 3: Bukhara - Samarkand (transfer, 290 km, 3.5 hrs)
Today you will start your half day tour in near area of Bukhara. In course of the travel you will visit the incredible sight that is known as the Bahauddin Naqshbandi complex that you can find few kilometers from Bukhara. During the tour you will learn that is a memorial complex of famous Sufi Leader and Philosopher that is known to be one of the popular Muslim pilgrimage places for all people of Islamic world. Moreover Sheikh Bakhauddin Nakshbandi was one of the celestial masters of Amir Timur. Nowadays you can witness in complex mosques of Kushbegi and Muzafarohana, courtyard with pool, madrasah, and burial vault of Bukhara rulers and Dakhma upon the tomb of Saint Bakhauddin Nakshbandi. After excursions you will be transferred to Samarkand the road will take 290 km. Night is in a hotel.

Day 4: Samarkand - Tashkent (train)
Today you will travel in the city that is known as Samarkand that is situated in the valley of the river Zerafshan. This city is also known as the second largest city of Uzbekistan and also the contemporary of cities of Babylon or Rome. In course of your travel you will witness the most outstanding sights such as Registan square, Shakhi-Zindeh, Mausoleum Guri Emir and Bibi Khanum Mosque. The first sight to see is the Registan Square that is known as the complex of three outstanding Madrasahs of the 15-17th centuries. Then is the Shakhi-Zindeh complex of big collection of mausoleums dating back to 11th-15 centuries. Moreover this attraction is also a part of UNESCO World Heritage Site. Bibi Khanum Mosque was built in honor of favorite Tamerlane's wife, after his campaign in India. Enjoy the great tours in Uzbekisrtan. Evening train to Tashkent. Overnight is at the hotel.

Service does not include:
- Visa
- Flights
- Full board
- Travel insurance
- English speaking guide
- Entrances to all museums