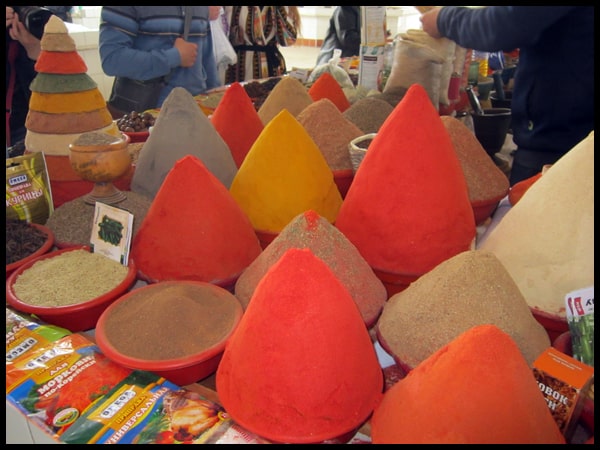 We are pleased to show all the beauty of traditions and culture that have been transmitted through generations, as well as ancient history that is seen by incredible buildings. You will not be able to take away Gdaz from the number of demolished buildings during the tour.

Day 1: Tashkent
We are glad to present Uzbekistan trip 8. Upon arrival to airport driver will pick you up and transfer to Tashkent city. Here you will start your guided city tour where you will visit the   Independence square that was erected as a symbol of victory over fascism in World War II. Next destination of the tour is the local Broadway, a walking street that divides the Independence square and Amir Timur square. Then you will have a ride in the Tashkent metro the first line of which was opened in 1799. This sight is considered to be one of the most beautiful one in the world. Later on you will explore the old part of the city where you will see such outstanding attractions as the Chorsu Bazaar, Kukaldash Madrasah and Hast Imam complex that consists of several madrasahs, mosques and mausoleum. The most interesting part in tours in Uzbekistan is the world's oldest Quran copy dating back to 8th c. Quran belonged to Othman Ibn Affan, the Third Caliph (of the four righteous Caliphs who succeeded the prophet Muhammad who was killed in 8th century. Even today you stull cabn witness the blood spred over the Quran that you still can see on its pages. Night is in a hotel.

Day 2: Tashkent - Bukhara (morning flight)
In course of the Uzbekistan trip 5 you will have a flight to Bukhara. Upon arrival you will have a guided city tour where you will see the most interesting sight of the city. The first of it is the ancient citadel of 4th century that is known as the Citadel Ark.  This outstanding site used to be a palace for several dynasties of Bukhara Empire. Next is the Samanids mausoleum of 9th -10th century. Then you will travel to Chashma Ayub, meaning Job's well and Bolo-Hauz mosque. This mosque is famous due to the forty columns that were made in honor of Bukhara governor Abu-Fayud Khan. After it you will explore the shopping domes as well as Nodir Divan Begi madrasah that is also a part of the outstanding Lyabi House Ensemble. In the end of the tour you will visit the Poi Kalon complex that is considered to be the unique sample of architectural art of Bukhara. Here you will be able to see its three structures of the 12th - 16th centuries: Kalon minaret, Kalon mosque and Mir Arab Madrasah. Tours to Uzbekistan will show you the charm of it past. Night is in a hotel.